Progressive Insulation & Windows’ history of excellence dates back to 1978.

After decades in the business, Progressive Insulation & Windows has lived up to its name. This once small local business has progressed into a well-organized group of professionals. Still family owned and run, Progressive conducts business today in the same customer-centered tradition that began in 1978, when Steve Anderson founded the company.

Born and raised in the San Fernando Valley, Steve worked with his two older brothers and his father in the family-owned insulation business. He kept busy after hours soliciting a little work on the side and hoping someday to start his own business. “My father called me into his office one day after a competitor had complained to him that I took one of his key accounts away,” Steve recalls. “After a very, very long father-son conversation, I was basically given his blessing as he shook my hand and wished me well. I left Dad’s office in a panic, a little bewildered and without a job. But now as I look back, it was the push I needed to get out on my own.”

Within a few months, the company received a contract with the Southern California Gas Company for its WFCP weatherization program. By the early 1980’s, Steve was expanding his staff to more than 50 trained installers and sales reps to handle the workload. He later incorporated and established the firm’s light commercial and industrial insulation division, also becoming one of the founding members of the Johns Manville Golden Contractor Circle.

In 1990, the company established its window and door division, changed its name to Progressive Insulation & Windows, and became the certified contractor for Sears in Los Angeles and Ventura counties.

Over the years, Progressive has received numerous awards. For example, in our early years we received many awards from the Southern California Gas Company, as well as the distinction of being named Insulation Contractor of the Year by the Insulation Contractors Association of America. Progressive received approval from the League of California Homeowners, and earned an A+ rating from the Better Business Bureau, a difficult level to attain with that organization.

We were particularly excited to appear twice on national television, first demonstrating new types of insulation on Bob Vila’s Home Again TV show, and later appearing as a contractor on an episode of an HGTV home remodeling show.

More recognition came when the California Energy Commission selected Progressive to participate with the North American Insulation Manufacturer’s Association (NAIMA) in creating a film designed to train building inspectors throughout the state. “Being able to work with the national and state organization to help set the standard for excellence in the industry has been an honor for our company.” Steve commented. “Being selected basically says that our performance meets or exceeds current standards, and that our exceptional work is fast becoming the new standard. That also gives us very powerful incentive to continue improving every day to meet our commitment to excellence in all we do.”

“Our warranties plus longevity give Progressive credibility. We have the advantage of being a locally owned company. Because we are dedicated to service, we have attracted some of the best, most qualified sales people and installers. Our employees live in the area; often our customers and clients are people with whom we socialize or they are friends of friends. If we say our insulation and window products and installation will meet certain standards, we stand behind those claims and make sure the people we serve are pleased.”

“Our goal is to make customers for life,” Steve explains. “Yes, we have grown, but we operate with the same core values my father passed on to me, and with the same commitment to excellence that we started with nearly 30 years ago.”

Steve goes on, “Even at our current size, over 75 percent of our business comes from customer referrals. You see, quality, service and competitive pricing are just the price of admission in today’s business environment. Actually delivering it takes real passion, and for Progressive, that comes from being a tight family-run organization.”

Explaining further, Steve adds, “We are a referral-based business. By nature, construction is a messy business. Service problems do come up, but it’s what you do with them that counts. They are actually opportunities in disguise. The opportunity to shine is in responding quickly, and as a result, earning the praise and future referral business from delighted customers.”

“Today, people want to work with a company that not only treats them with respect, but also honors its contracts and warranties and guarantees its installation. You continually have to prove yourself as a company. You’re only as good as your last job, and word gets around when you are one of the best.” 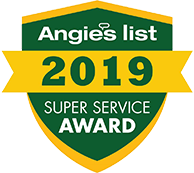 Facebook
Google+
YouTube
Google Plus
We are dealers for and/or representatives for many manufacturers. Below are just a few of them.

Saving Energy & Money Is Easier Than Ever

Energy Upgrade California can provide thousands of dollars in rebates